And the Edmunds (independent source of car information and vehicle reviews) winner is…the Chevrolet Bolt which is their top-rated electric car for 2023. Among the reasons given for the top spot includes utility, handy features, a healthy range rating, and a fantastically low price of entry. And then there’s Tim Levin, writing for INSIDER and he’s in a ranking mood, too. Tim spent some time testing 15 EVs and he, too, picked some winners. CALSTART member winners include the Rivian R1S; the Ford F-150 Lightning’s frunk (love the frunk!); Tesla’s Model Y Supercharging; and the Hyundai Ioniq 5’s style for which the writer commended the “…origami-like creases, chiseled surfaces, and retro vibe.” Winners all.

Uber is now teaming up with car manufacturers to build dedicated EVs for ridesharing and deliveries, promising cheaper and nimbler models than what is currently available. Their goal is to optimize vehicles for city use, ferrying passengers and deliveries and ultimately lowering costs. While they didn’t name which automakers are involved in Uber’s plan to make its own vehicles, they have previously worked with Arrival to build a vehicle aimed at ride-hailing drivers.

Kudos to Volta Zero trucks which has sold over 300 all-electric trucks resulting in more than $92 million in revenue. The London-based commercial EV startup is offering “Trucks as a Service” and they are on target to begin sales in the U.S. by 2024.

Several CALSTART staff were in Modesto, California, last week where Frito-Lay has been implementing medium-duty electric box trucks, compressed natural gas tractors, and electric yard trucks for several years. At the epicenter of the buzz was the delivery of the first Tesla Semi. Pepsico and Frito-Lay are the first company to have a commercial fleet featuring the battery electric Tesla Semi. While they are at it, Tesla is planning a $3.6 billion expansion to make Semi truck, battery cells at its Nevada Gigafactory complex with two new factories. One of them is to produce the semi and the other to make its new battery cell.

Canada, eh? That’s where Orange EV is expanding to next as they enter the Canadian electric yard truck market. Fleets in Canada can get a $100,000-per-truck discount through the Canada’s incentives for Medium-and Heavy-Duty Zero Emission Vehicles (iMHZEV) program.

Sacramento is the place to be on February 15 as CALSTART presents our annual Policy Summit, presented by Southern California Edison. Attendees will learn about California’s plans to fund mandated transitions to zero-emissions. Registration is open now and CALSTART members get a discounted price. Speaking of CALSTART members, if you plan to attend the Green Truck Summit/Work Truck Week in Indianapolis, we have a member only reception you won’t want to miss on Monday, March 6. Check your email or ping me for details. 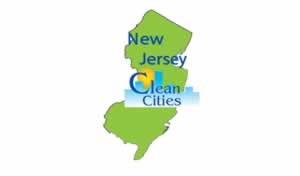