BlueOval City is a Ford mega campus designed as a sustainable automotive manufacturing ecosystem in West Tennessee. Their $5.6 billion battery and vehicle manufacturing campus was featured recently as part of a public/news conference where area residents learned what to expect in terms of timelines, workforce inclusiveness and work opportunities. General Motors has announced big plans to increase Chevy Bolt production by 60% next year. The plan is to increase production to 70,000 units up from a 44,000 unit target this year. Many of its EVs will quality for the $7,500 tax credit under the Inflation Reduction Act.

Even more federal funding will be announced today in Seattle. Four hundred school districts throughout the U.S. as well as tribes and U.S. territories, are receiving $1 billion in grants to purchase 2500 clean school buses under a new federal program. Montgomery County Public Schools in Maryland has a total of eighty-six electric buses making it the single largest electric school bus fleet in the country. Highland Electric Fleets provides a subscription plan to the Maryland school district that includes buses, chargers and depot improvements.

Thanks to funding from the Environmental Protection Agency (EPA) ten school district customers have received funding to support the deployment of 61 electric, vehicle-to-grid (V2G) capable school buses and chargers in disadvantaged areas across the U.S. Nuvve has pioneered V2G technology in the US and beyond and their school district customers are beginning to activate their site design and development plans, as well as procurement of Nuvve V2G-capable DC fast chargers. Their partners include Blue Bird, Lion Electric and IC Bus.

Electric truck maker Via Motors is considering moving to Auburn Hills, Michigan from Utah. Via Motors manufactures electric trucks and vans for last mile delivery and is requesting $2.5 million in the form of a grant from the Michigan Business Development Program.

Volvo Trucks North America is out with a tool to help motor carriers examine the financial considerations of adopting zero-emission vehicles. The tool allows owners to consider multiple fixed and variable costs throughout the vehicle’s lifetime and demonstrates the financial and environmental benefits of its VNR electric truck. Nikola is eyeing available incentives through the Inflation Reduction Act to help boost their efforts to establish a hydrogen network for its fuel-cell trucks. The company announced plans to build 60 hydrogen fueling stations by 2026.

Here are two final visuals that are hard to resist. The first includes a video of an E-Bike that is a solar-powered, electrically assisted bike that gives a whole new meaning to glamping. This camper bike, which can go up to thirty-one miles in a day, can fit a bed, a dining table or even a refrigerator (not all at the same time). The other irresistible treat, just in time for Halloween, comes from a Ford designer who shows how you can turn your Ford Mach-E frunk (a trunk located at the front rather than the rear of a car) into a monster mouth with candy inside. Happy Halloween!

Tennessee To Be Transformed by Ford Assembly Company, The Banner | https://bit.ly/3Fgwrp5

Pedal Your Bedroom With an E-Bike, Design Taxi | https://bit.ly/3zjjvv0

How to Turn Your Mach-E Into a Halloween Monster, motor1.com | https://bit.ly/3TH0hHV 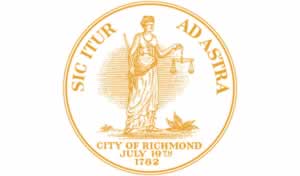