The UN Climate Change Conference in the UK is well under way as building a consensus on the pace of the transition to zero emission vehicles is top of mind. Today, CALSTART in partnership with the government of the Netherlands have announced a Memorandum of Understanding (MOU) to work toward 100% zero emission truck and bus sales by 2040. 15 countries have formed the partnership through CALSTART’s Global Commercial Vehicle Drive to Zero program, ranging from New Zealand and Chile to Canada and Uruguay. Washington State Governor Jay Inslee is at COP26 in Glasgow, too, and he used the occasion to announce that 40% of the state fleet will switch to electric by 2025 transitioning to 100% by 2040. The state has 5,000 vehicles in its fleet.

The Los Angeles Department of Transportation (LADOT) is charting new ground again, this time to install one of the largest EV fleet charging systems in the United States to be powered by a solar and storage microgrid. CALSTART is a key partner under the agreement which expands the eligibility of transit fleets to include agencies that are the size of LADOT. The microgrid will integrate Proterra Energy’s charging infrastructure with energy generation.

The APTA Expo is taking place this week in Orlando, Florida, and several CALSTART members are there including Stantec which is providing private tours of its autonomous vehicle (AV) solutions through today. Stantec is part of the team chosen by Jacksonville Transportation Authority to build a transit circulator program to accommodate AVs. GreenPower (EV supplier), in partnership with Perrone Robotics, has won the Innovative Solutions Award for AVs. The award is presented by Metro Magazine and honors bus operations and their supplier partners for excellent initiatives they’ve implemented.

Cummins has a new battery electric transit bus which they are calling the Electrip. The company will power Letenda’s new 30-foot, zero emissions bus. Letenda has designed their bus from the wheels up for electrification. Canadian-based companies New Flyer Industries and Li-Cycle have announced the successful recycling of 45 end-of-life electric bus batteries. More than 3,200 pounds of battery modules were processed in this pilot. The companies hope this may be a catalyst to motivate others embrace of cradle-to-grave initiatives.

Ballard Power Systems has received orders for 40 fuel cell modules for planned use in buses in France, Germany, and the UK next year. Ballard has 160 hydrogen buses equipped with their fuel cells in Europe.

Ford has put their E-Transit Vans out for public testing. National Grid and Penske Truck Leasing are the first to add the vans to their fleets. National Grid, an operator of several utility conglomerates, will use its initial E-Transit for regular home meter-reading routes to make sure it performs the same operations that are currently carried out by their gas-powered vehicles.

Rivian is the new media darling and today they are making headlines as they began trading on the Nasdaq with the beginning trade at $106.75 a share. Rivian, backed by Amazon and Ford, expects to have 10,000 new Rivian-Amazon delivery vehicles on the road by next year.

This isn’t the first time in history that the spotlight was on electric vehicles. Look at Columbia for instance, an electric horseless carriage in the early 20th century that was the first to ever sell 1,000 cars in a year. The Drive offers a fun march through the early history of the Columbia including that Teddy Roosevelt was the first president with a motorcade (1902) and rode in one. The writer suggests it was almost the Tesla of the time and offers a compelling read about one of the first groundbreaking electric cars. 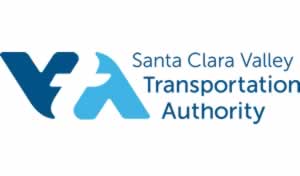