Detroit automaker General Motors (GM) is going to open a battery cell research and development center by the middle of next year in order to trim the costs for electric vehicles (EVs). The company recently announced an investment of $35 billion for an EV push over the next three years. This latest development is expected to drive down EV costs. Add Audi to the list of automakers with good news today. Audi’s CEO Markus Duesmann has announced that “…The point where we earn as much money with electric cars as with combustion engine cars is now….”

Clean Technica takes a look at what kind of success the EV market has realized over the last dozen years in driving battery costs down. It looks pretty impressive as battery pack costs today vs. 2008 have seen an 87% decline, according to the Department of Energy (DOE).

The U.S. Army is looking at integrating electrification solutions into their ground combat vehicles, including tanks and they’ve tapped Allison Transmission to help make it happen. The Indianapolis-based company will design a motor/generator and inverter system to be coupled to a tracked vehicle transmission.

Everyone’s thinking big these days and Volvo Group just scored big in winning an order from DFDS A/S, which is Northern Europe’s largest shipping and logistics company. The order is for 100 electric heavy-duty trucks and deliveries will begin during Quarter 4 of 2022. Volvo’s aim is for more than 35% of trucks fully electrified by 2030.

The Atlantic thinks Rivian wants to be the Apple of electric pickup trucks. Last week Rivian filed for its initial public offering and they hope to raise $8 billion around Thanksgiving. Observing that they are a type of technology company that wants to be vertically integrated, they also have both Amazon and Ford owning a share of the company.

Ballard Power Systems, manufacturer of medium-and heavy-duty commercial vehicles powered by its fuel cell technologies, has announced a milestone of 100 million kilometers in service by the 3,500 buses, trucks and off-road vehicles that are powered by their technology.

BYD has big numbers to share, too. They are collaborating to integrate Nuvve’s vehicle-to-grid (V2G) technology with various commercial, public transport and heavy-duty BYD battery EVs. The vision is the deployment of up to 5,000 battery EVs by 2026.

For those looking to clean up school bus fleets,  the Environmental Protection Agency (EPA) has announced more than $17 million through two school bus rebate opportunities. The first is $7 million to replace old diesel buses with zero-emission electric ones targeting underserved communities. The second is $10 million through the Diesel Emissions Reduction Ace (DERA) School Bus Rebate Program.

Audi CEO Says Brand’s EVs are Almost as Profitable as its Other Cars, Autoblog | https://bit.ly/3oAeeux

Rivian Wants to be the Apple of Electric Pickup Trucks, The Atlantic | https://bit.ly/3iCNyFC 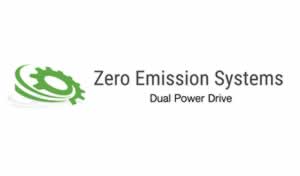