Now that was fast. The Hybrid and Zero-Emission Truck and Bus Voucher Incentive Program (HVIP) opened to a total of $84 million (half of this year’s voucher funds) yesterday and was fully subscribed within 3 hours. The California Air Resources Board (CARB) program, which is administered by CALSTART, sends a strong demand signal that fleets and manufacturers are embracing low carbon transportation options. Vouchers are still being accepted NOW for Class 8 vehicles performing drayage operations and for any vehicles purchased by a public entity.

Kirt Conrad is the rock star of the Stark Area Regional Transit Authority (SARTA) in Ohio but he’s been in California for a SARTA Borrow a Bus (BaB) zero-emissions tour. The tour, which is underwritten by ElDorado National California, BAE and Creative Bus Sales, is designed to educate people about hydrogen fuel-cell buses.

Lion Electric manufactures medium- and heavy-duty trucks and buses. The Canadian company has announced that they’ve broken ground on its new battery manufacturing plant and innovation center. Their aim is to produce one battery module every 11 seconds and a full battery pack every five minutes. WAVE (a subsidiary of Ideanomics) has an innovative, high-power inductive charging solution for medium-and heavy-duty vehicles and has formed a partnership with Twin Transit Authority (TTA) in Chehalis, Washington. TTA, a public transit agency, has installed WAVE’s wireless charging system as part of their zero-emission transportation plan.

All of the great news about fleets adopting electric vehicles begs the question of how is a fleet manager to prepare for the transition away from liquid fuels? Thomas Allen of Phoenix Motorcars has given considerable thought to that and offers several pointers for making the successful transition. ChargePoint’s CEO Pasquale Romano thinks electric pickup trucks are at the center of what will result in American drivers adopting EVs. He expects fleets to switch to pickups because they are easier to maintain. Romano thinks there will be an uptick in sales in parts of the country that have previously struggled with EV adoption.

Practical Ecommerce is thinking about EVs, too, and their take is that EVs will dominate the last-mile delivery sector. General Motors has launched a subsidiary called BrightDrop which is focused on last-mile products-vehicles, e-pallets, and software. They have received a firm commitment from FedEx. UPS Ventures, a subsidiary of UPS, has invested in Arrival and is buying 10,000 units from them over the next four years.

The future is looking sleek and bright and the inclusion of “ultra-futuristic” in the headline of the next story is what made me look. Aptera is out with the Sol electric vehicle prototype which has a 1,000 mile range. Six months ago they revealed their first new design which resulted in thousands of pre-orders. The Sol is expected to be available by the end of the year.

EVs are the Future of Last-mile Delivery, Practical Ecommerce - https://bit.ly/3wduL8A 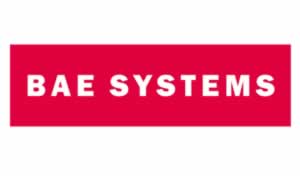