Investor-owned electric utility Southern California Edison (SCE) has launched its Charge Ready program which will add 38,000 electric chargers for passenger vehicles throughout its service area over the next five years. 50% of the chargers will be placed in designated disadvantages communities. Last year the utility launched a program for trucks, buses and off-road industrial equipment.

Those numbers are significant and for further evidence that electrification is taking off look no further than United Airlines and regional carrier Mesa Air Group. Each has committed to buying as many as 100 small electric planes from a Swedish start-up called Heart Aerospace which is targeting 2026 as the debut of the 19-seater aircraft.

So much electrification and so many batteries. That’s where lithium-ion battery recycler Li-Cycle steps in. The ubiquitous company has announced a partnership with micro-mobility leader Helbiz to create a recycling solution for e-scooters and e-bikes. General Motors (GM) meet Pasadena! The excellent news out of Detroit is that GM has announced plans to build a design center in Pasadena (aka CALSTART’s headquarters) that will focus on mobility ventures outside the scope of traditional vehicles. The plan includes spending more than $71 million and will open in late 2022.

Hydrogen continues to trend as Indiana-based Cummins is testing a hydrogen-fueled internal combustion engine powered by green hydrogen fuel that would have near-zero carbon dioxide and nitrogen oxide emissions. Last year Cummins unveiled plans for how it intends to ramp up its fuel cell and hydrogen production business in the coming years.

Canton Ohio’s Stark Area Regional Transit Authority (SARTA) has been a CALSTART member and industry partner for a long time. CEO Kirt Conrad has announced that SARTA is joining CALSTART’s Generation Zero pledge program which was designed to accelerate the deployment of zero-emission (ZE) transit vehicles in the Midwest by targeting 360% growth over the next four years. Conrad said, “When the history of the alternative fuel revolution is written, the people of Stark County are going to have starring roles.” To Stark County!

Lightning eMotors Steps on the Accelerator at Lightning Day - https://bit.ly/3efyTxO 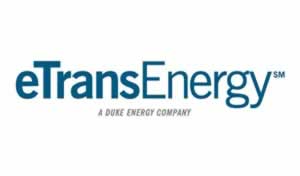