The Clean Fuel Standard, HB 1091, was signed into law by Governor Inslee of Washington on May 17th.  This creates a “trifecta” of clean fuels standards along the West Coast, with an LCFS in place in California since 2007 and Oregon since 2009.  HB 1091, sponsored by Senator Joe Fitzgibbon was approved by the Washington State Senate and House on April 25, clearing a major hurdle after similar bills were defeated in the Senate Transportation Committee during the last two legislative sessions. The bill was also championed by Senator Reuven Carlyle in the Senate Environment, Energy and Technology Committee. Final negotiations between the House and Senate resulted in a requirement added to the bill that the policy cannot go into effect until the passage of a five-cent gas tax. However, this does not delay the timeline for Washington to begin a rulemaking process on the Clean Fuel Standard.

A Clean Fuel Standard works by reducing the carbon intensity of the state’s transportation fuel portfolio over time. The trajectory in Washington is set to achieve a 10% reduction in carbon intensity by 2031, and a 20% reduction is achieved by 2038.  The bill also requires that 50% of utility revenue be invested in transportation electrification projects. This will reduce greenhouse gas emissions, stimulate economic and job growth, and assist in Washington in making the transition to a low carbon transportation sector. Similar standards are already in place in California, Oregon, and British Columbia, making Washington’s commitment to reduce emissions from the transportation sector aligned with the rest of the West Coast.

CALSTART worked to advance this legislation in the state of Washington through a campaign including outreach to our members, broader stakeholder education, direct legislative engagement, and we worked with the bill’s sponsor, Climate Solutions, on a shared communications campaign.

In December 2020, CALSTART kicked off a virtual event series to build support for a Clean Fuel Standard among key constituencies in Washington. This began with a webinar, The Business Case for a Low Carbon Fuel Standard, providing a cross-industry overview of some of the benefits the Low Carbon Fuel Standard (LCFS) has brought California businesses in a range of sectors. Five speakers provided their insights, speaking to the impact California’s LCFS has made for renewable fuel producers, fleet operators, OEMs, and more. In January 2021, the series continued with two roundtable discussions to open a dialogue on the benefits of such a policy for specific target industries.  These roundtables allowed California-based CALSTART members to directly communicate with Washington stakeholders on how a Clean Fuel Standard could help them reach their business and environmental goals.

As the legislative session commenced in Washington, CALSTART began engaging with our members to target offices in the Senate. This included writing and submitting letters of support to key committee members and engaging CALSTART members with a business sign-on letter. With the help of valuable CALSTART members, the team clearly communicated the value of the Clean Fuel Standard to supporting economic growth, job creation, and innovation.

To push back on opposition messaging, CALSTART launched a communications campaign with Heartquist Strategies. This included social media guidance highlighting health and labor expert arguments for a Clean Fuel Standard, engaging physicians in a statewide media availability securing an interview with KGMI Newstalk and KPUG in Bellingham. An opinion editorial by Matthew Hepner, Executive Director of the Certified Electrical Workers of Washington was successfully written, published, and amplified in Medium. Top-tier media outlets were targeted in a national media education campaign on the importance of advancing clean fuels in the Pacific Northwest.

CALSTART is honored to have been involved in the effort to pass this critical policy in the state of Washington to further accelerate the clean transportation sector in the region. Thank you to all CALSTART members who were involved at any stage of this campaign.  We look forward to working with our members and partners in WA on further actions to accelerate the growth of the clean transportation industry and engaging with you on other clean fuels campaigns across the country. 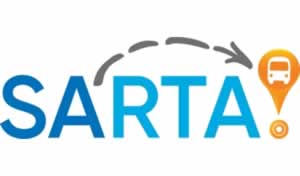