Kudos to CALSTART member GNA for attracting 8,500 people to the ACT Expo last week in Long Beach. Forbes was there and provides a look at the industry powerhouses leading the charge in ushering in the newest next-generation battery- and hydrogen-powered models. Navistar President and CEO Mathias Carlbaum was a keynote speaker at CALSTART’s reception and at ACT and he observed, “The point of cost parity (of electric trucks), depending on the application, is much sooner than many think.”

FleetOwner looks at the market for commercial hydrogen fuel-cell vehicles and shines the spotlight on several manufacturers including Symbio (Faurecia and Michelin joint venture), Nikola, Kenworth, Cummins, and Hyzon Motors which is based in Rochester, NY. Hyzon has been piloting a 2022 Freightliner Cascadia fuel-cell platform in California since last year

Volta Trucks’ announcement of their 100 percent battery electric commercial truck (with Proterra batteries) captured attention last week at ACT. Having already proven themselves in Europe, the company announced their North American expansion plans including a pilot fleet evaluation of 100 Class 7 trucks by U.S. customers starting in mid-2023 in Los Angeles followed by the start of U.S. production in 2024.

Indianapolis-based Allison Transmission has announced a partnership with Los Angeles-based battery-electric vehicle manufacturer Xos Inc. to jointly develop heavy-duty Class 7 and 8 commercial electric vehicles. Continuing the thread of a lot of “firsts” Terex Utilities is looking ahead to the Electric Utility Fleet Managers Conference next month where they will debut their all-electric bucket truck. The Terex aerial device is available on an International eMV Series battery electric chassis from Navistar.

New CALSTART member Ree Automotive (developer of rolling chassis for electric vehicles) will supply the electric platform for a new Class 5 walk-in van designed by long-time member EAVX. Ree is an Israeli startup that will start customer tests in Detroit this summer and take orders for 2023 deliveries.

Kudos to the University of Virginia as it transitions to battery electric buses with four buses manufactured by Proterra. The new zero-emission buses will be delivered in 2023.

What about wireless charging for buses? Twin Transit in Lewis County, Washington gives a thumbs up to that. They have now placed a second order with WAVE. The first installation of Twin Transit’s high-power wireless charging system was completed in June of 2021. Joe Clark is the Executive Director of the transit agency and he said it has been easy for the drivers to operate and the maintenance was virtually non-existent. Everyone’s jumping on the wireless charging bandwagon including a new deal between ElectReon and Israel’s fourth-largest bus operator which wants to charge 30 electric buses wirelessly and around the clock. Electreon has projects in Sweden, Finland, Germany, Italy and in the U.S. 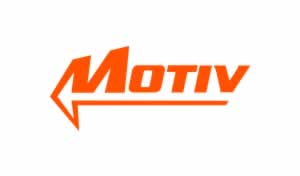