Lightning eMotors just keeps growing and that’s not likely to change anytime soon as the company has just gone public. The Colorado-based company designs and produces medium- and heavy-duty electric commercial vehicles, including delivery vans, buses, passenger shuttles and trucks. Workhorse also makes electric delivery vehicles and they’ve announced they will use commercial vehicle battery systems from Coulomb Solutions. Workhorse is gearing up to deliver 6,320 delivery vans to Pride Group Enterprises. In partnership with the San Joaquin Valley Air Pollution Control District and Greenlots, they expect to grow to more than 40 charging bays.

Total Transportation Services has signed up to buy 100 Nikola electric trucks, beginning with a four-truck pilot to start early next year. TTSI sees this as an important step to bring sustainable transportation options to the port of Los Angeles/Long Beach. And just in the nick of time, WattEV has announced their plans to build the nation’s first dedicated electric-only public truck stop at the southern end of California’s San Joaquin Valley.

Purolator is the first Canadian courier to launch fully electric curbside vehicles in Vancouver and they have partnered with Motiv Power Systems which provided the Electric Power Intelligence Chassis (EPIC) to power the Ford f-59 delivery vehicles. Purolator’s electric fleet includes vans, trucks and e-bikes. Lion Electric is roaring loudly as they have announced a manufacturing facility in Joliet, Illinois. Lion, also based in Canada expects to produce up to 20,000 all-electric buses and trucks annually.

CALSTART is pleased to introduce one of our newest members. Endera is a leading technology company that announced last week the acquisition of Metro Titan LLC, a school and shuttle bus manufacturing company. Endera will manufacture electric Type A school buses, shuttle buses, and paratransit vehicles from the Ohio facility.

Thanks to companies like Via, cities and transportation authorities have the tools they need to plan, schedule and deploy their on-demand and fixed-route transit, paratransit and school bus operations. Via has announced the acquisition of Remix, the startup that developed mapping software used by cities for transportation planning.

Renewable Diesel (RD) has been gaining in popularity among fleet managers, in part because it is a drop-in fuel that requires no additional infrastructure. Neste has opened two new RD fueling stations in Southern California located near major commercial freight routes with a design that accommodates commercial fleet vehicles.

And, in case you didn’t hear the good news, the California Hybrid and Zero-Emission Truck and Bus Voucher Incentive Project (HVIP) will be open for business at 10 a.m. Pacific on June 8. $165 million will be available with half of the funds released on June 8th and the other half will be available in August. CALSTART administers the program for the California Air Resources Board. 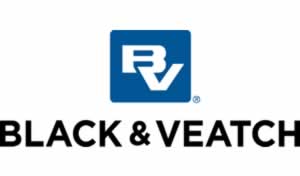